The idea of Liter of Light Hackathon arose after the cooperation between GESR, PepsiCo and SunUtions in “Liter of Light” Project. It targeted installing 2000 units of posts and home units in rural villages in Assiut and Sohag governorates, where affordable and proper electricity is not accessible. Liter of Light brings the eco-friendly bottle light to communities living without electricity. The initiative was originally initiated in Philippines and is now executed in India, Indonesia and even as far as Europe, Africa and America.

The Hackathon was a hardware hackathon challenge, which took place at GESR Innovation Lab, and lasted for 3 consecutive days. The applicants received training in light design, solar lighting system engineering, and product design and development. Each team received a hardware kit of a solar panel and a battery. They also had access to GESR lab’s tools, as well, they were given vouchers of up to (500 L.E) from hardware stores and vendors to work on their ideas. 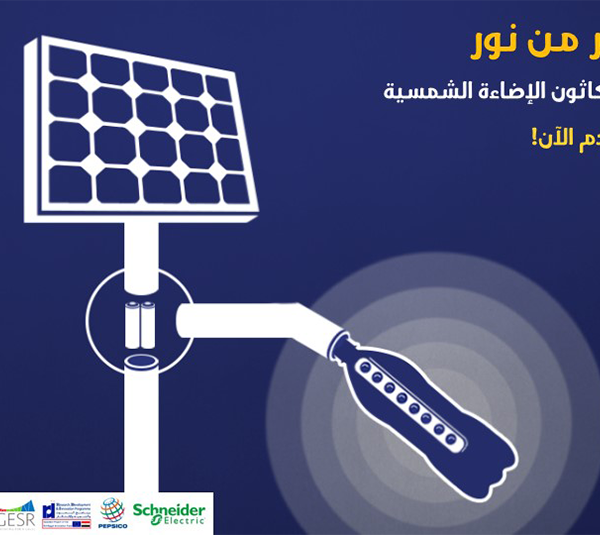 After the hackathon, the teams were given 10 days to continue working on their prototypes. Following the hackathon